Are Solicitors allowed to charge a success fee?

No Win No Fee

That is an interesting question and the simple answer, if anything is simple is that it really depends on which jurisdiction that you are talking about. In some countries success fees are allowed and in others they are not allowed’ For example in the UK success fees are allowed and in Ireland they are not allowed. Indeed in Ireland the Law Society of Ireland, who regulate all solicitors requires Legal firms state on the brochures, websites and other marketing documentation that;

“In a contentious business a solicitor may not calculate fees or other charges as a percentage or proportion of any award or settlement.”

Solicitors’ fees can and do vary greatly. Everything depends on their systems of charging fees as understandably they vary as well.

Often these systems can include hourly fees, flat fees, contingency arrangements, and or combinations of fee arrangements. Some firms and clients have agreed an arrangement which includes “success” fees. Not only are every system different but none of these systems is perfect for either solicitors or clients. The good news, however, is that many solicitors and firms are moving towards arrangements that encourage efficiency and better match the interests of solicitors and their clients.

In those jurisdictions that allow a success fee some are regulated to a maximum of 25% of the amount awarded to the client. In others, notably in North America every case sees a negotiation between the client and the lawyer.

Indeed today most personal injury and medical negligence claims are handled on what is known as a contingency basis where the solicitor is only paid on the successful completion of the case. A contingency basis is more widely known as No Win No Fee or No Foal No Fee. In North America the solicitor can often receives between 20 and 40 percent of the compensation awarded depending on the type of claim. A contingency arrangement allows people who have suffered a Personal injury or harmed in an accident or a lack of duty of care in Medical Negligence who normally are not in a position to hire a solicitor to be represented.

The solicitor and the client will then have the same goal of successful completion of the claim. Of course, there are cases where a solicitor is ready to settle early but their client wants to continue, even eventually to trial since the considerable work of preparing for trial costs the client absolutely nothing.

In summary it is illegal in Ireland for solicitors to advertise saying that they will charge you X% of any award and legal costs can only be determined on the time spent on your file.

Have Questions About Personal Injury and Negligence Claims?
Call Us at 01 524 0606 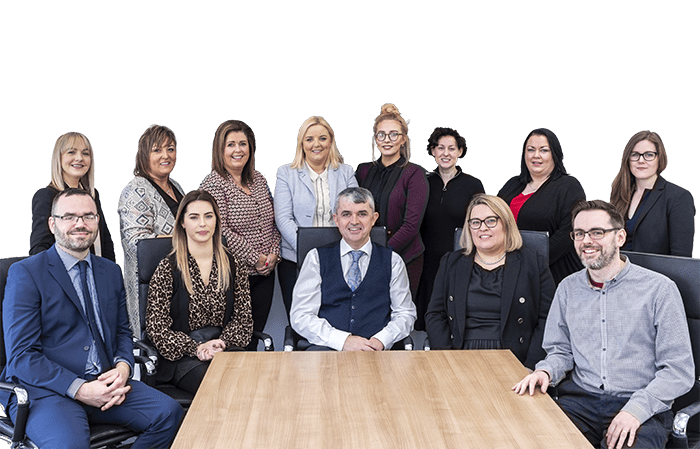