Professional Negligence - Dublin
Everything You Need to Know

When you, the client, seek expert advice regarding a specific matter, you expect guidance that completely informs you of options and potential issues regarding that matter. Service providers that offer that advice are bound by a code that guides how they service clients.

If a professional misguides a client through incorrect or incomplete information, it’s often referred to as professional negligence.

How do you prove professional negligence?

There is a surge in cases of professional negligence in Ireland because businesses and individuals are reliant on expert help. Once in a while, the professionals will act in a way that places the clients at risk.

The proof for professional negligence in Ireland is explained through Donoghue v Stevenson [1932] 1 AC. The case determined that a three-fold approach should be used to prove negligence.

The courts use three criteria to establish any chances of professional negligence:

Does the professional owe the client a duty of care?

In any field, experts possess the necessary skills and expertise to help the customers. Upon agreeing to work and help a client, these experts owe the client a duty of care. Usually, we refer to this duty as the standard of care.

Has the expert breached that duty of care?

Duty of care is detailed in the tort of negligence, a relatively new law in Ireland.  To determine whether a client who presents a case of professional negligence deserves compensation, the civil courts will look at how the duty of care was breached.

Not every mistake will warrant compensation by the courts. This is because some errors are unavoidable. Nonetheless, those mistakes that any other professional in the same field would have avoided are considered.  For example, in law, a solicitor can make a mistake when arguing a case. However, such an error may not warrant client compensation if other attorneys wouldn’t solve the problem any differently.

How did the negligence affect the victim?

A complainant must prove how the negligence caused them harm. Claims against speculation of probable damages foreseeable in the future aren’t compensated. The damages must be tangible and directly related to the decision of a professional.

In law, a solicitor cannot be judged against professional negligence if the claimant cannot prove physical or mental damages resulting from an attorney's actions.

When are Solicitors Considered Guilty of Professional Negligence?

When dates of limitation are missing

Any claim must have a limitation clause. This is the deadline for filing a lawsuit against the defendant and starting court proceedings. In most professional negligence cases, the statute of limitations is six years.

Limitation dates differ depending on the form of operation, so it's always a good idea to double-check. It's worth noting, however, that in cases involving professional negligence, the six-year primary limitation period may begin at various times, making deciding the correct date difficult.

Your solicitor would be incompetent in law if they skip the limitation date on the claim and/or the court denies you permission to bring the claim due to a mistake made by the solicitor in beginning it before the limitation date. You will only be able to sue them for your damages if you can show that your argument was valid in the first place.

If you believe your attorney failed to recover the correct items of loss or actually failed to inform you that they may be recovered as part of your claim, you could have grounds for a professional negligence claim.

All cases that are litigated (issued in court) are subject to case management. Court directions are impaired if the attorney fails to comply with a court order or deadline. It may also apply in cases where your solicitor has refused to act quickly in a situation, placing your claim at risk.

Your solicitor could have been negligent if your appeal was dismissed out of court, or in an alternative dispute resolution platform, preventing you from receiving compensation. As a result, you will be able to sue your former solicitor for the loss.

When they give legal advice that is inaccurate

Solicitors take pride in being well-educated legal practitioners. The general public hires solicitors for a variety of reasons, but the key one is that the advice they give can almost certainly affect the outcome of a dispute or question.

If you believe your lawyer gave a legal opinion on which you depended and this resulted in you experiencing a financial loss, you might be entitled to seek compensation for relying on that advice. However, this can only happen if the advice was given carelessly.

Barristers can also be hired by solicitors on your behalf. Since you do not have to deal directly with the barrister in such a scenario, the solicitor may not be able to deny responsibility if they relied on the barrister's wrong advice.

Regardless of the case, whether they're giving you direct advice or seeking guidance from a barrister, the solicitor owes you a duty of care to ensure that the advice you receive is factual and right. If this isn't the case, you may be able to file a professional negligence claim.

Your solicitor could be negligent if they don't gather all of the evidence in support of your claim, which could affect the claim's chances of success. Not receiving witness statements from an impartial witness who supports your version of events is an example of failing to adequately investigate, and as a result of not obtaining this statement, you forfeit your claim for damages.

It's worth recalling that if the independent witness refuses to cooperate or is untraceable, professional incompetence on the part of the attorney would not have occurred. This is also valid if the claim was likely to fail even with witness testimony.

You could have a claim for compensation and other losses if you believe your professional negligence solicitor has let you down as a result of a careless act or advice that has caused you financial damage. Contacting us as your ‘No Win No Fee' solicitors might be the best course of action in this situation. 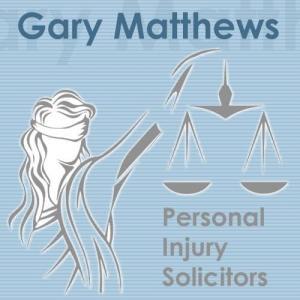 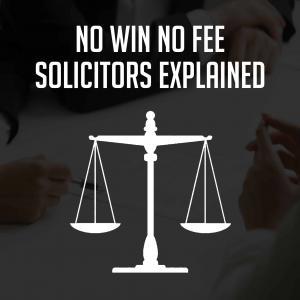 Admittedly, solicitors work hard to ensure they offer the best services to clients. However, in some cases, a solicitor may be found to have acted negligently, which consequently affects the client.

When a solicitor makes a mistake costing the client, the clients are often unsure whether to proceed with the case. Over the years, our law firm has helped clients who have suffered at the hands of solicitors they’ve engaged.

But, in what context can solicitor negligence arise?

Popular Questions Around No Win No Fee Legal Claims

Is professional negligence the same as malpractice?

Negligence is often unintentional and mainly occurs due to carelessness by professionals. On the other hand, malpractice is whereby a professional intentionally decides to hurt a certain client through ill practice.

What are the three types of defences to negligence?

Upon taking your case up with the civil courts, a professional can choose to defend themselves in three different ways.

Contributory negligence is a major defence against professional intelligence. The law states that a plaintiff cannot get compensated if they had a part to play in the mistake that caused the damage.

For example, two cars ram into each other. One of the drivers gets injured and puts up a compensation case. However, upon further investigations, it’s discovered that one of the drivers was drunk while the plaintiff was speeding.

In this case, both contributed to the accident, and may not qualify for compensation because of their contributory negligence.

Comparative negligence defence is deemed fairer than contributory negligence. In this defence, the plaintiff is entitled to some form of compensation depending on the degree of their fault. For example, if a plaintiff was responsible for about 30 percent of the mistake, they can still claim 70 percent of the damages.

A professional sued can defend themselves based on the assumption of risk. This means that if a client voluntarily consents to an action that results in harm, they aren’t entitled to compensation.

The term voluntarily implies that a client had a different option but instead decided to follow what caused the damage. However, if a client didn’t choose to avoid the ill that befalls them, they cannot assume the risk.

In this defence, risk can either be implied or expressed. Implied risk is assumed in the case where the plaintiff is fully aware of the dangers involved in taking specific actions. However, the plaintiff goes ahead to apply in the full knowledge that danger can befall them. Implied risk is often seen in the sports industries, where players are aware of dangers but still participate.

Expressed risk is whereby the complainant verbally, written, or any other expressed form consents to an activity. For expressed risk, the plaintiff is assumed to have full knowledge of the dangers of participating in certain activities.

You can insure yourself against professional negligence claims. Professional liability insurance can help you mitigate against risks of getting sued by clients as a professional. Errors and omissions are at times unavoidable, but in such a case, you can get protection.

Ordinarily, a business or individual is bound to make mistakes. For instance, a business can cause financial or physical harm to others. Often the damage comes as a result of a business not taking proper actions to avoid harming others. These are cases of visitors slipping on wet floors and such accidents.

What is The Role of Legal Services Regulation Authority[LRSA]?

The LRSA is an independent body largely consisting of lay members and a small number of solicitors.

If the LRSA believes that a solicitor’ in this case the defendant,  misconducted themselves, a public hearing may be held. Presentation of evidence is done orally. After the LRSA hearing, the case may be taken to the High Court for adjudication. It is the courts that then determine whether the solicitor is guilty of misconduct and/or negligence.

Are there alternative dispute resolution methods for professionals?

The Irish law allows for alternative methods to settle cases without enduring lengthy court proceedings. These alternate methods are becoming quite popular these days.

Alternative dispute resolution is a way of helping the plaintiff and the defendant to resolve their issues without involving the courts. Usually, ADR is the first step of the litigation process and helps save on time and legal costs.

In this type of settlement for professional negligence claims, none of the parties is obligated to use it. Upon receiving the proposal for an out of courtroom settlement, a party has 14 days to either agree or disagree with the request. The party should also return the proposal with reasons why they agree to or disagree with the proposal.  The main types of ADR include mediation, arbitration, expert determination, and adjudication. None of these methods are legally binding until a settlement is made to the aggrieved party.

Do I need a Solicitor for Professional Negligence Claims?

Yes, you need a solicitor to guide you in presenting your case against a professional whose actions hurt you physically, emotionally, or financially.

Our firm offers the best expert help to individuals seeking to sue a professional for negligence. In order to win your case, you will need a report from an independent expert who confirms that there has been a breach of the duty of care owed to you, and that you have sustained losses as a result of that breach. 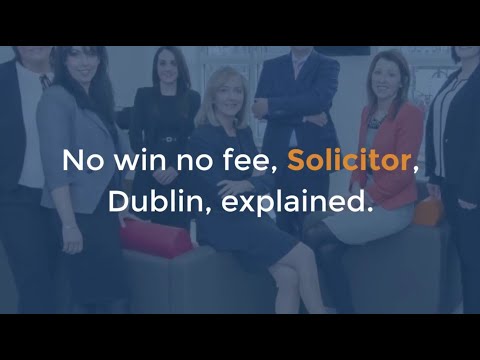